MEMORABLE EVENTS FOR ANY OCCASION

Shuki Moran has a passion for hosting events and helping his clients organize the event of their dreams. Setting the highest of expectations for his team, event staff and himself, Shuki produces the most remarkable and one-of-a-kind events imaginable.

Born in Tel Aviv, Israel, Shuki began his career as a fashion designer for the clothing label ‘madness’. Upon moving to California in 1990, he began recognizing his passion for event design & production. Having managed one of the most successful catering companies in the greater Los Angeles area, Shuki built his reputation among corporate and private clients alike.

His record of successfully developing & delivering many of tinsel town’s high-profile events was matched only by his equal dedication to his private clients’ weddings, bar/bat mitzvahs & anniversary parties.

His work was published in magazines such as: PEOPLE Wedding magazine, Chicago Style Weddings Magazine, Fox Valley Magazine, Glancer Magazine & US Weekly Magazine. Some of his celebrity clientele includes; Jim Carey, Will Smith, David & Victoria Beckham, Jenny McCarthy & Donnie Wahlberg, along with many other Hollywood stars.

With a strong reputation earned over his 25+ year career, Shuki continues to strive for success and excellence. His attention to the smallest of details at all events, open & loving personality, and drive to be “Exceptional” is why Shuki and his team have become one of the top Event & Wedding Planners.

Working closely with Shuki is his long time Production Manager, Paul Skaritka and his new Director of Event Operations, Graham Clark. The Exceptional Events by Shuki Moran team is dedicated to ensuring all expectations are exceeded and that every client knows they are going to be treated as the highest priority, VIP. 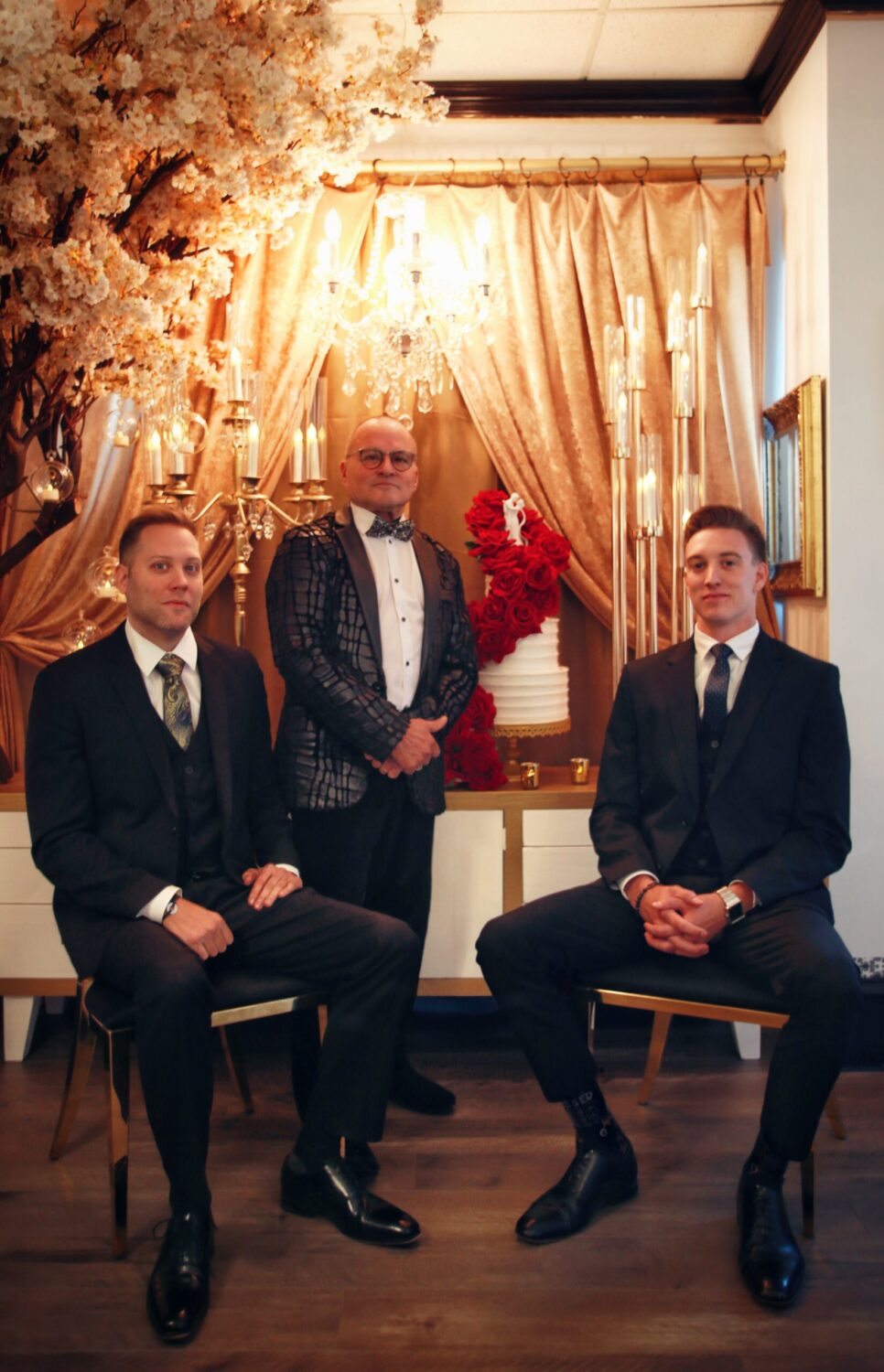 “We contacted Exceptional Events very last minute for help with a 200 person wedding at a location where a wedding has never been done before. As the bride in this situation, I was very stressed and unconvinced that this could work prior to meeting with Shuki and his team. The second we met, it already felt like they had the whole wedding planned and under control. Right after I met with Shuki and his team I knew I could sit back, relax, and really enjoy this special time in my life while they would excitedly take on the craziness for us! I was able to share with them my dream and vision for my wedding, and they blew my expectations out of the water by making it come to life in the most magical way possible. The wedding reception that they helped create for us was so incredibly flawless and beautiful. Shuki and his team made sure to provide us with the most reputable and trustworthy vendors and they had nearly everything set up days before the event which gave us such peace of mind. The night of the event felt like a dream. Myself, my now husband, and all 200 of our guests did not have to worry about a single thing except enjoying ourselves and the beauty around us. I am so grateful for Exceptional Events and their professionalism, talent, creativity, and a lot of good laughs along the way and would recommend them to anyone planning an event- big or small.”

“My wife and I have used Exceptional Events by Shuki Moran for both large events and small parties. We have used Shuki and his team for business events, social events and family parties as well. We have found that Exceptional Events are first and foremost good listeners to our vision and then they are flexible, organized, PASSIONATE, good communicators, calm under pressure and creative problem solvers. But most of all, Shuki is incredibly creative. If you are planning a party and you don't use Exceptional Events by Shuki Moran, I feel you are making a big mistake!”

“EXTRAORDINARY, ONE-of-a-KIND, REMARKABLE & MEMORABLE are words that come to mind that makes Shuki’s events EXCEPTIONAL! I have had the pleasure of using EXCEPTIONAL EVENTS by Shuki Moran for the celebrity fundraising event, GOLF.GIVE.GALA, for the last 3 years, benefitting the Michael Phelps Foundation & Jason Day Foundation where he has transformed the Historic Hotel Baker to a time-gone-by that brings smiles to all of our guests, making it a MAGICAL & an UNFORGETTABLE evening! I love Shuki’s PASSION, CREATIVE ENERGY & ATTENTION to DETAIL! Most importantly, I ENJOY working with him and TRUST in his execution from beginning to end, so that I can actually ENJOY the event myself!”

“Donnie and I can’t brag enough about Shuki and Exceptional Events. He made our wedding the fairy tale all girls dream of having. He has personally done over 50 parties for us and each one of them have been an Exceptional Event! Donnie Wahlberg and Jenny McCarthy. ❤”

“I have been to several of Shuki’s events & he planned our wedding. Every event has been spectacular & our wedding was the most glamorous event I have ever been to. Shuki pays attention to every detail and makes the evening flawless. His imagination & creativity are superb. He makes dreams come true and I would trust him to plan any event knowing that it will truly be exceptional.”

It my greatest pleasure and honor to recommend you to every person I know for event planning and consultation. You have a glorious talent and gift for helping each of your clients create an event that is so magical and wonderful that the memories will last for a lifetime. I have been in the food and beverage industry for over 30 years and I can only say that you are “Simply the best”. You have transformed our home into a magnificent place for my husbands yearly client appreciation event. Each year, creating a new spectacular evening. I can never thank you enough. Your attention to the details and seem less production have made our guests always feel warm, celebratory, and happy. I cannot recommend you enough. From our simple family gatherings to our grand scale events, I would never think of doing another event without you. Thank you for making life good and thank you for giving us your kindness, honesty, input, creativity, and positivity. You are a gem and I don’t know how I ever did it without you!”

“Several years ago, Shuki and his team helped plan the wedding of our dreams. His creativity and attention to detail transformed a beautiful home into a stunning midsummer nights dream! Everything from chandeliers in the trees to color washing the house with lights, his vision and dedication to making sure his clients are happy is unparalleled. We absolutely love him and if we were to ever renew our vows, he would be the one to call. Thank you for everything, Shuki! Loy and Ryan”

“Thank you, Shuki and his amazing staff, for putting together the most wonderful day we could have imagined for our daughter, Kate and fiance, Jake. From the very start, during our first conversation, I felt nothing but confidence in Exceptional Events handling this most important and special day. Due to the uncertainties that this pandemic has brought us, and having only about 3-4 months to move a formal wedding reception from an established event place to our family farm, we had no doubt that Shuki could make it happen ! Shuki's words to me were always, "Yes, we can do that......you are the mother of the bride - you are a guest - you won't lift a finger...do not worry about a thing...this will be the most memorable day for your daughter". I very soon realized that I could give up total control to Exceptional Events and trust in the process 100%! ( Little did we know that all of our hopes would be exceeded far beyond our expectations!) Shuki quickly went into action and secured all the necessary vendors we would need - and each vendor was top notch. With the utmost professionalism, Shuki and his team went into what we called "Shuki"-mode. We were always amazed as the event planning unfolded. Exceptional Events is "Exceptional" because of (amoung many other things) their attention to detail, their strong interaction and organizational skills , their personal touches and their commitment to making our event the very best it could be! The wedding reception went off without a hitch - everything was amazing, the planning and preparation to every detail and every possible need, was extraordinary. Every aspect of the event exceeded our wildest dreams and all of our guests were in awe the entire evening. We went from being uncertain and somewhat stressed - hoping to have a best day for our daughter- to hosting the most memorable and special day a bride could imagine. Thank you, Shuki and Exceptional Events, for planning and executing a fabulous and unforgettable event! We quickly became "Shuki-fans", and will, without hesitation, recommend Exceptional Events to anyone who wants an event that is first class, spectacular and unforgettable. Mr. & Mrs. Kim Warpinski - Yorkville, Illinois”

"Working with Shuki is truly an exceptional experience. He brings unrelenting energy, a relentless passion for ideas and an artist's eye for detail that has made every project I've partnered with him on truly one-of-a-kind. Exceptional, indeed!!"

“We are so blessed to have Exceptional Events by our side on the most important day of our lives, OUR WEDDING CELEBRATION! In only 3 months Shuki knew better than me how the PERFECT DAY would look like, and he made it happen! Because of him and his team, our family was able to sit back and relax during all the planning phases and being fully present enjoying friends, family and my new beautiful husband!”

“We were fortunate to work with Exceptional Events for our son’s wedding. Despite a short timeline Shuki welcomed the challenge to plan the wedding of the kids’ dream at our home. After our first meeting with Shuki, we felt confident that he would take our vision of the perfect day and make it reality. We were blown away at how smooth the day went and we were able to enjoy every moment with family and friends.” 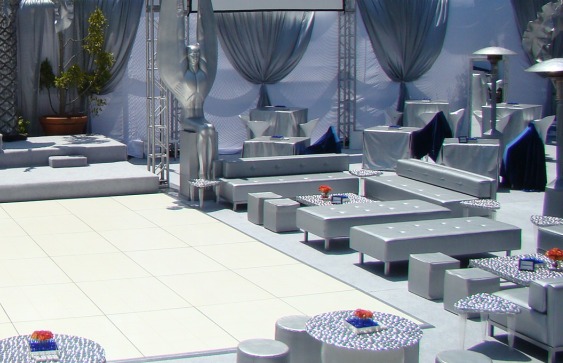 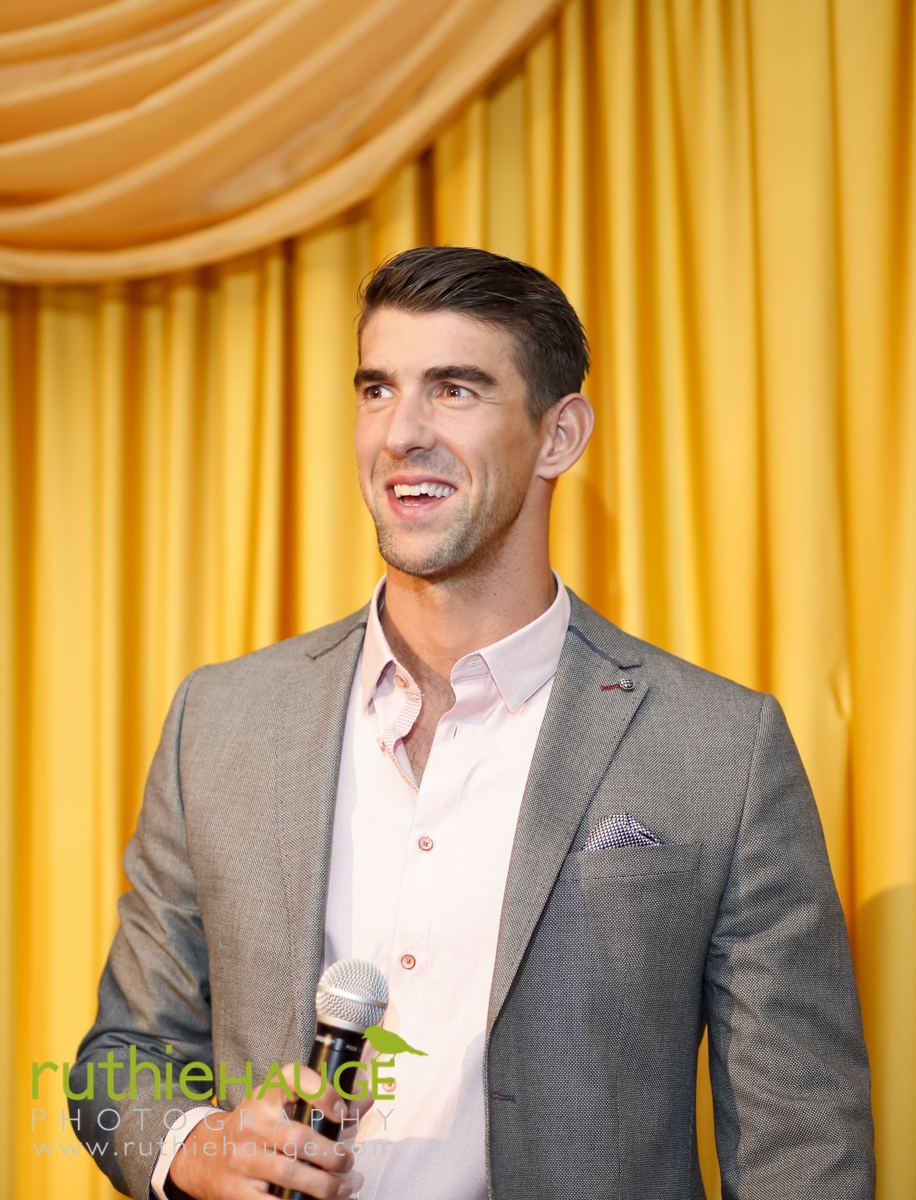 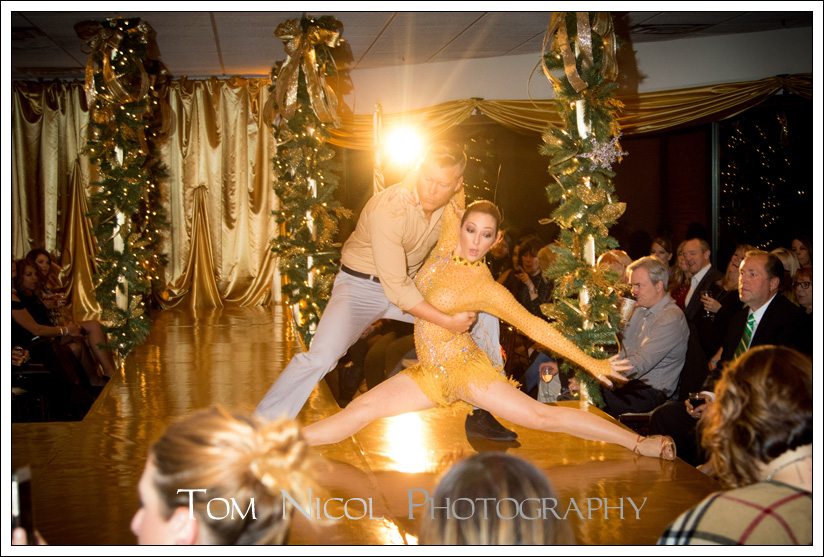 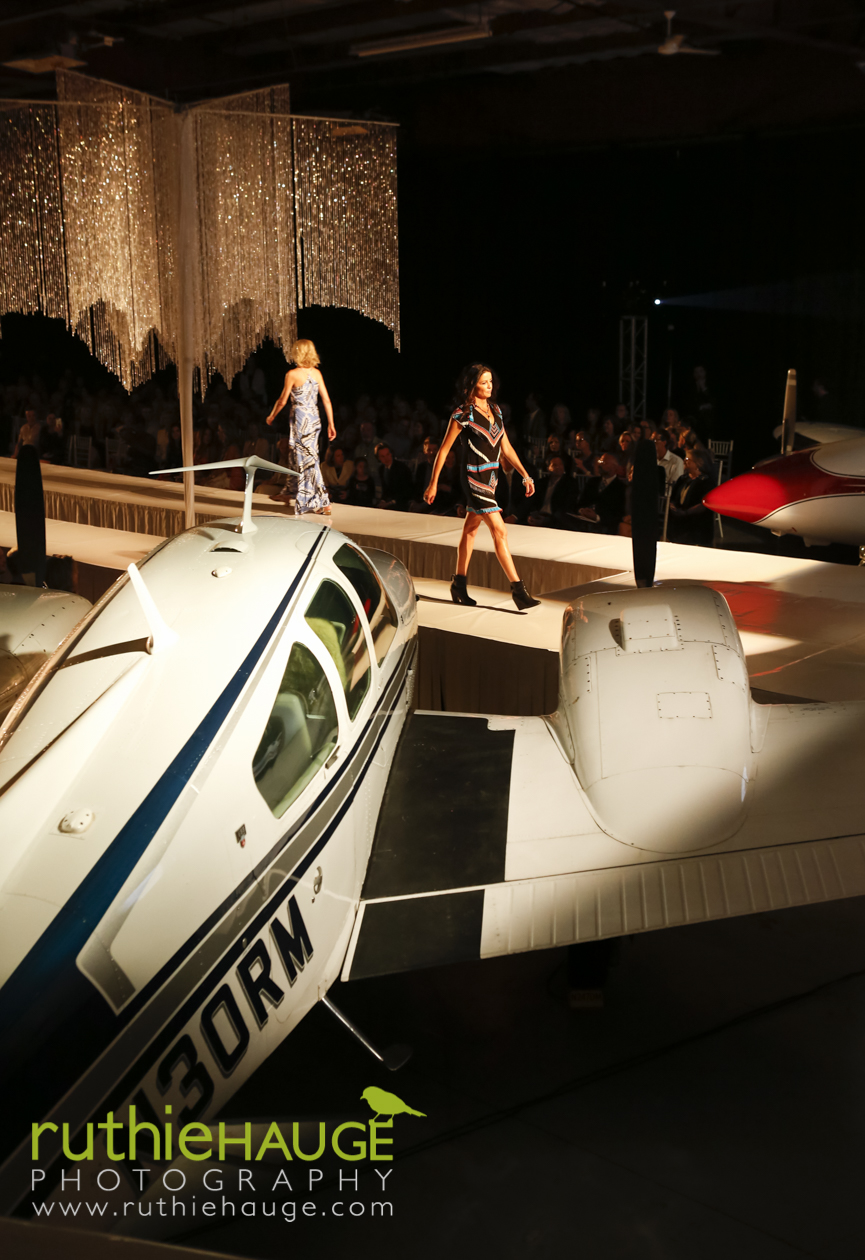 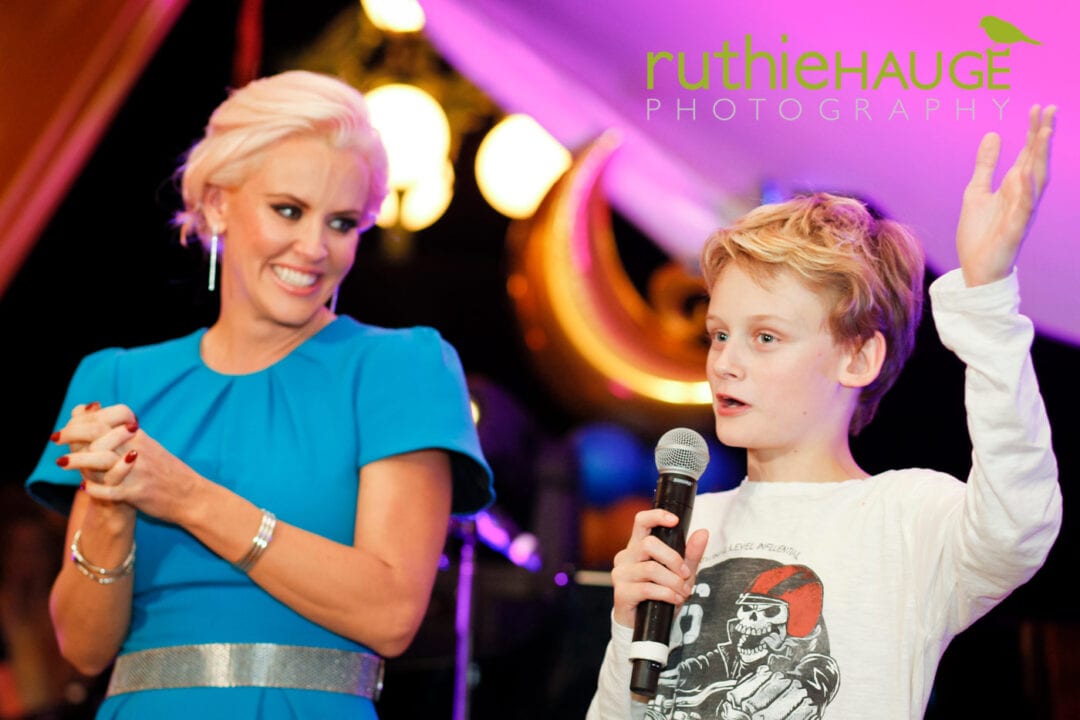 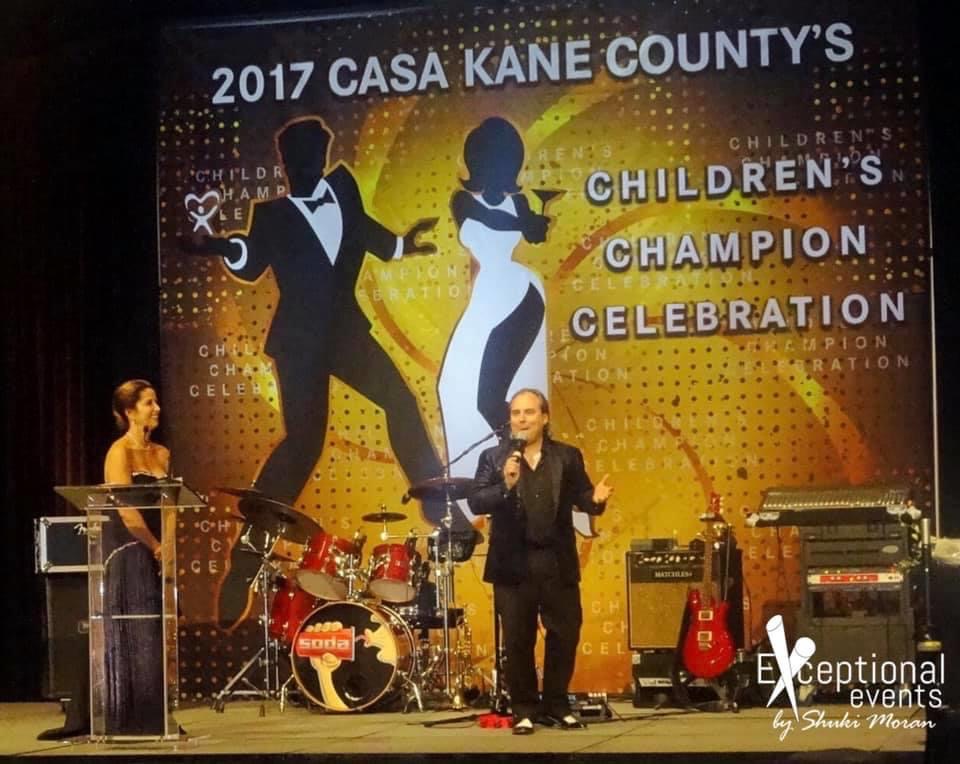 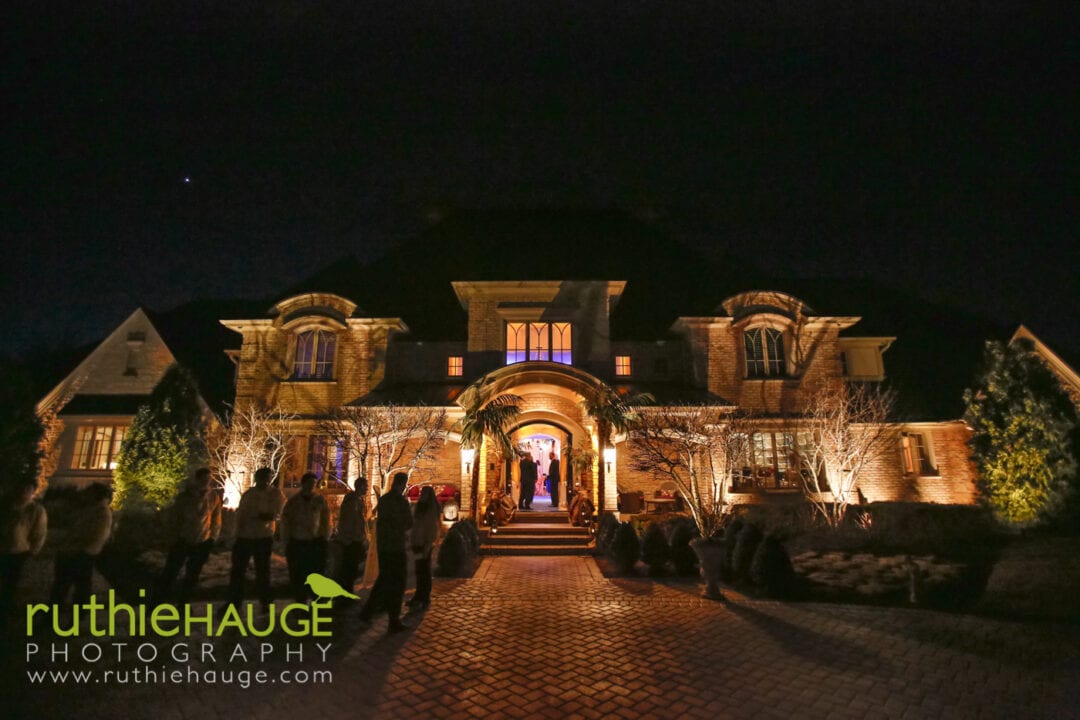 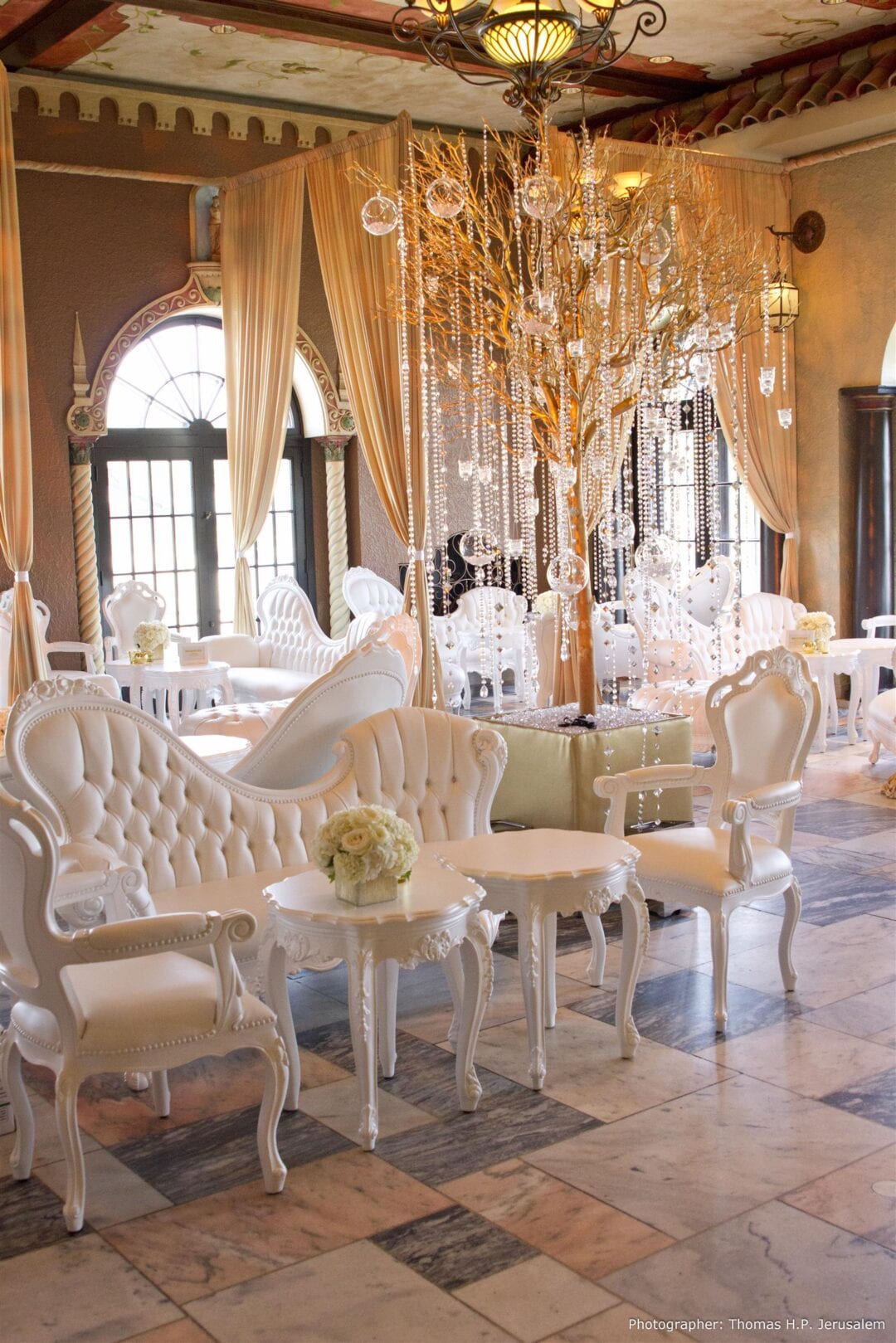 Dancing With The Stars Bridges Fundraiser 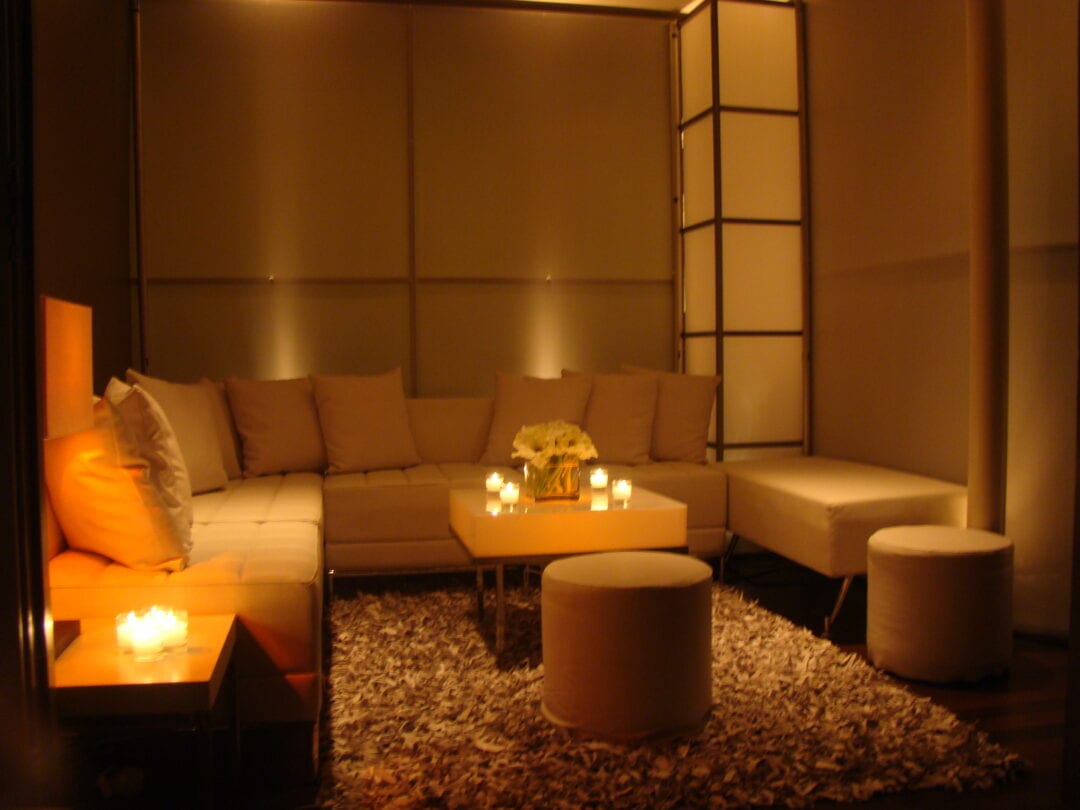 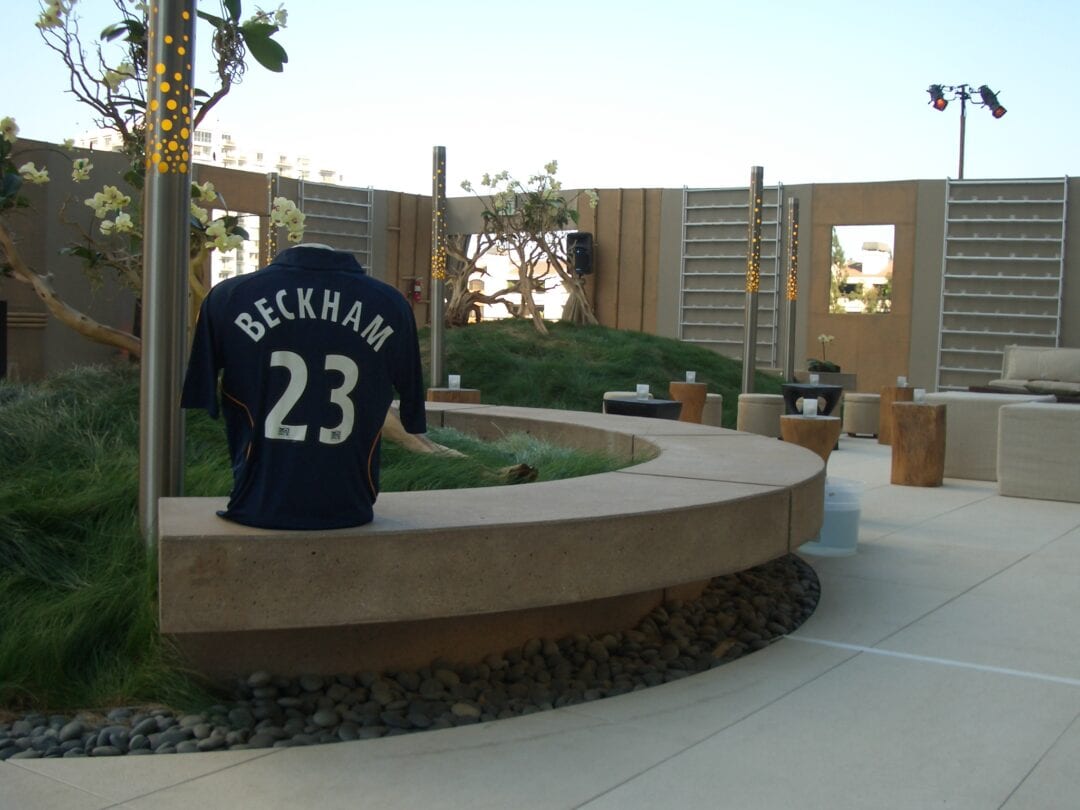 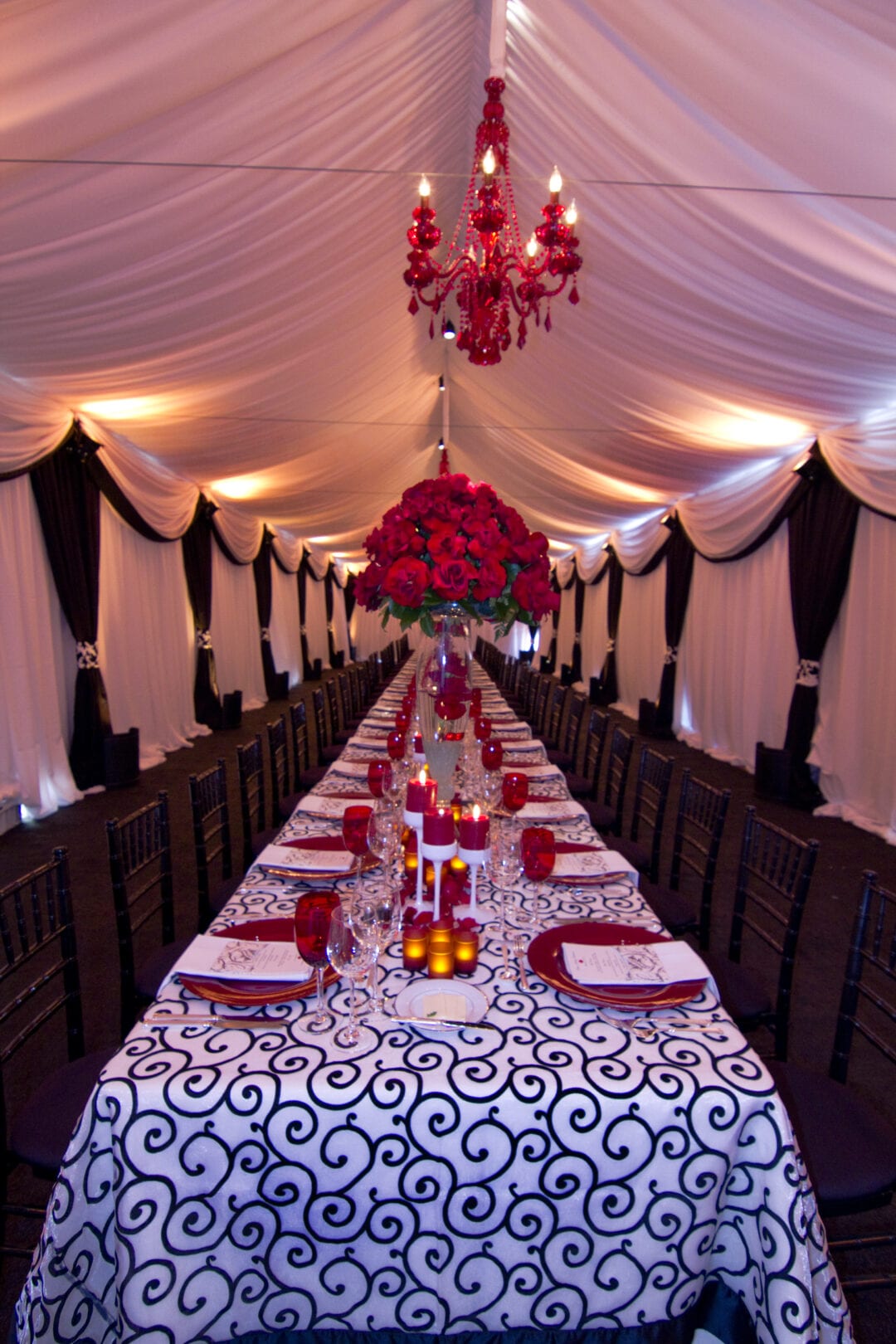 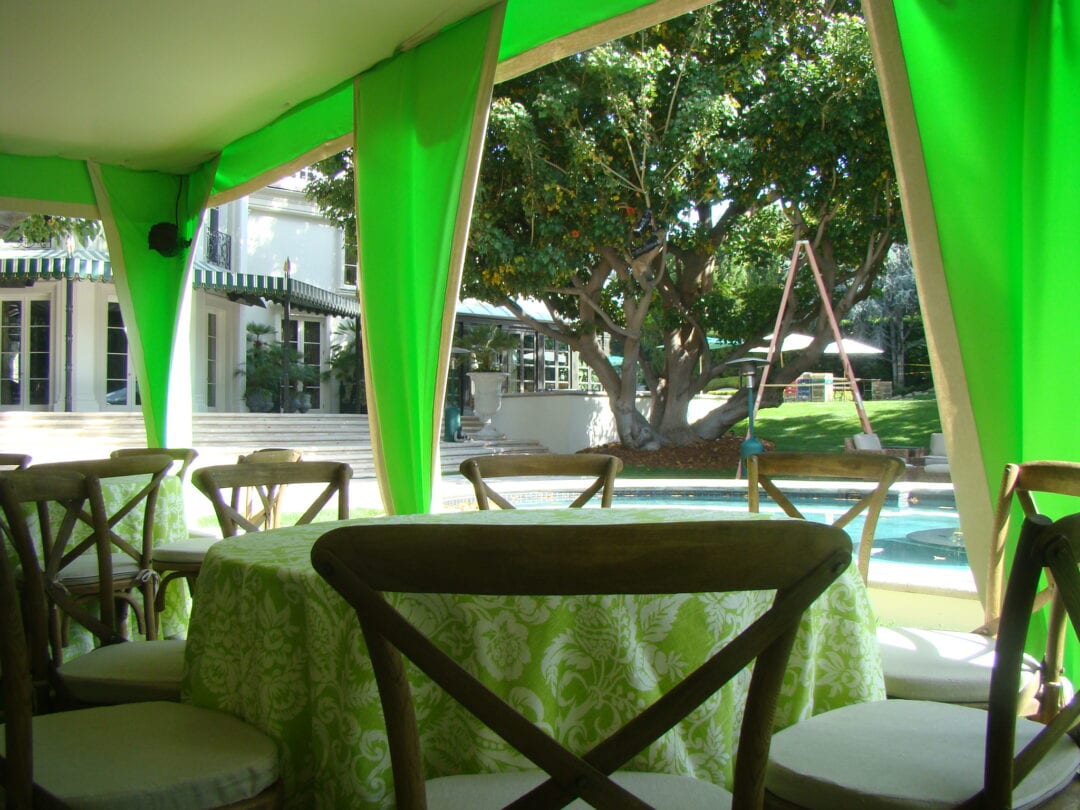 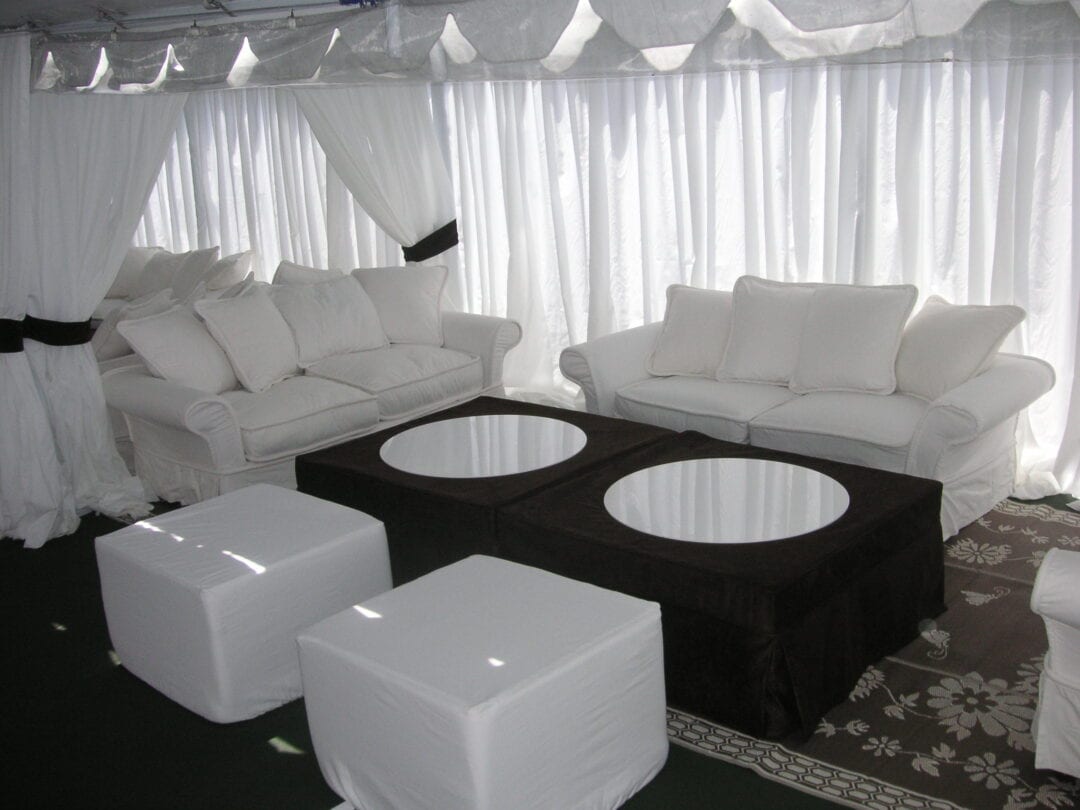 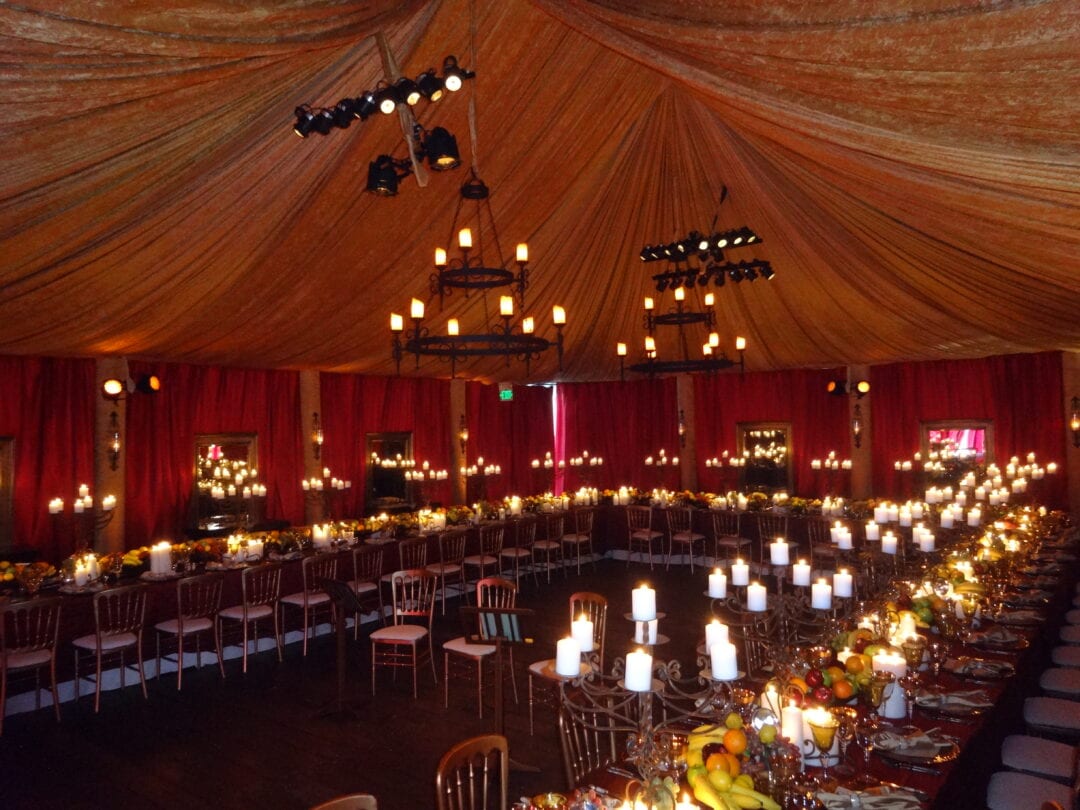 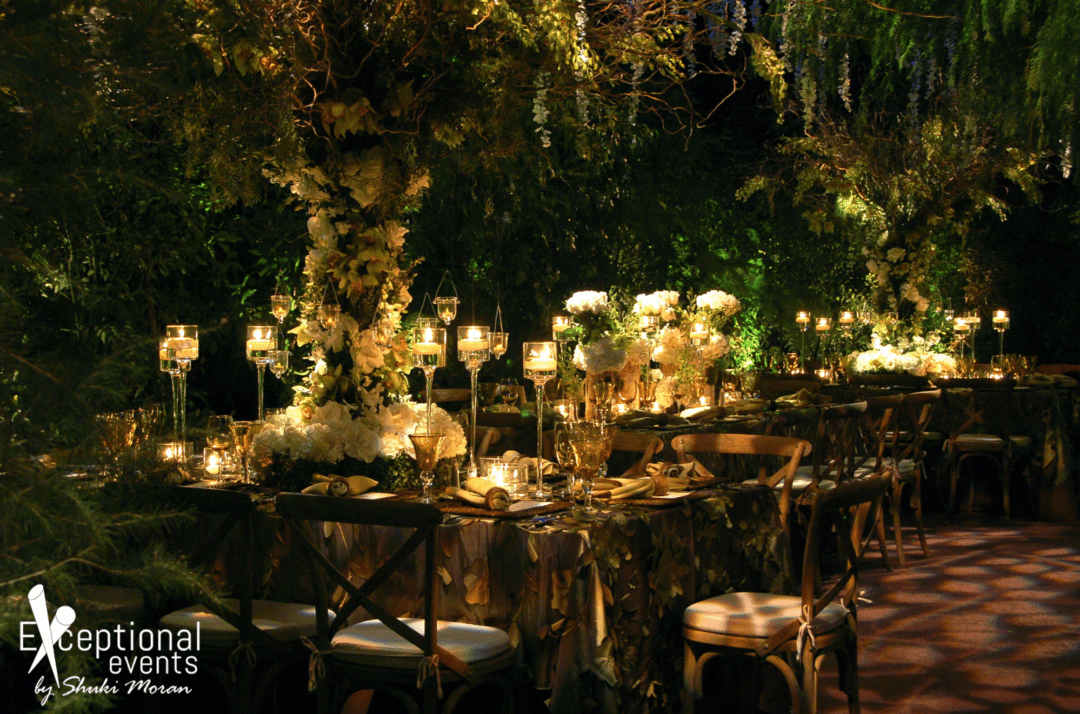 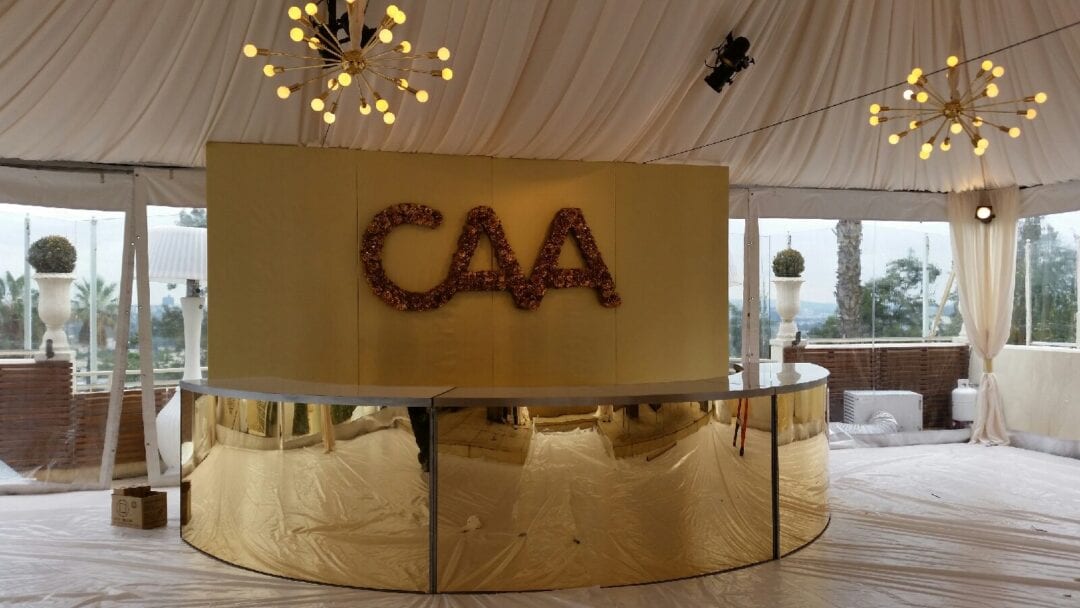 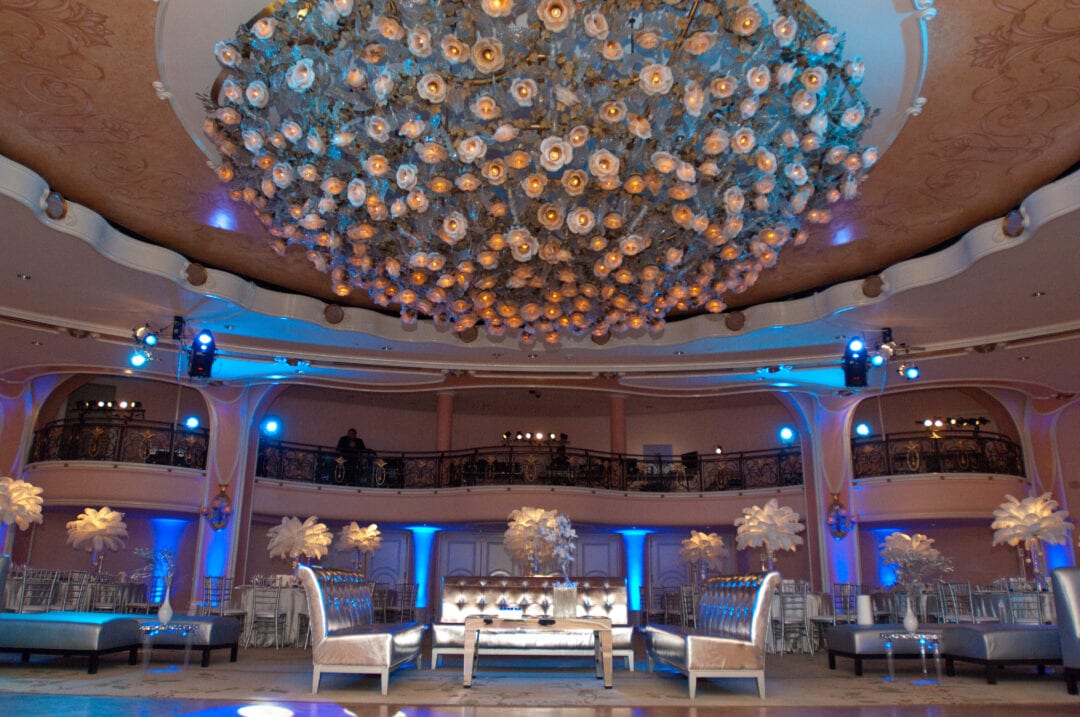 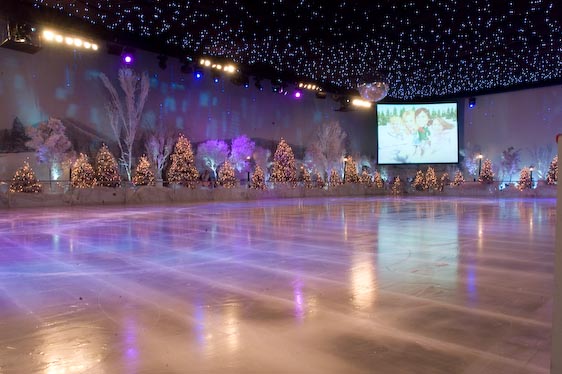 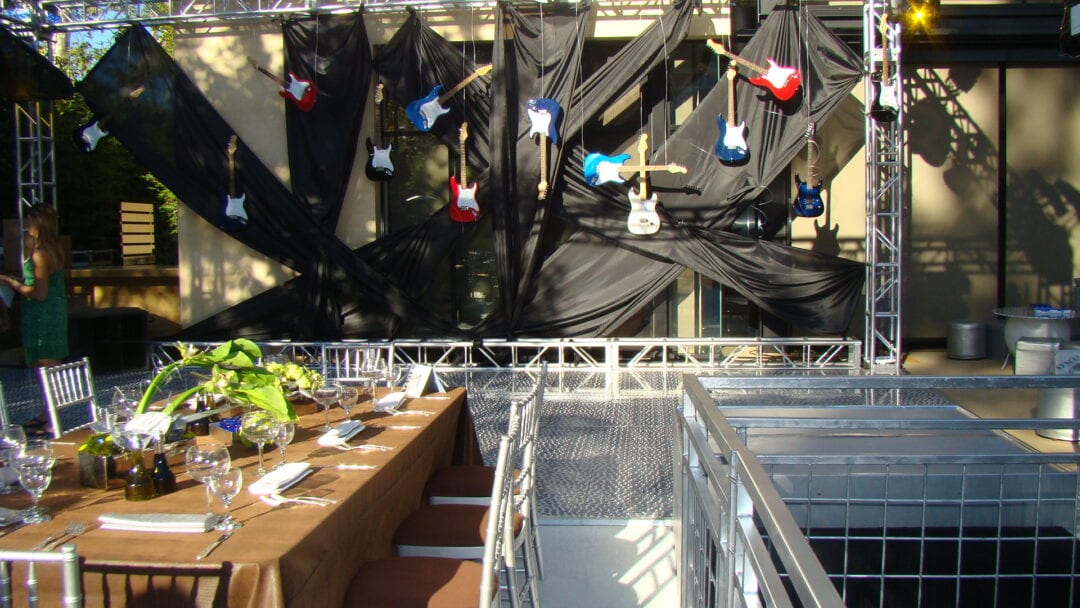 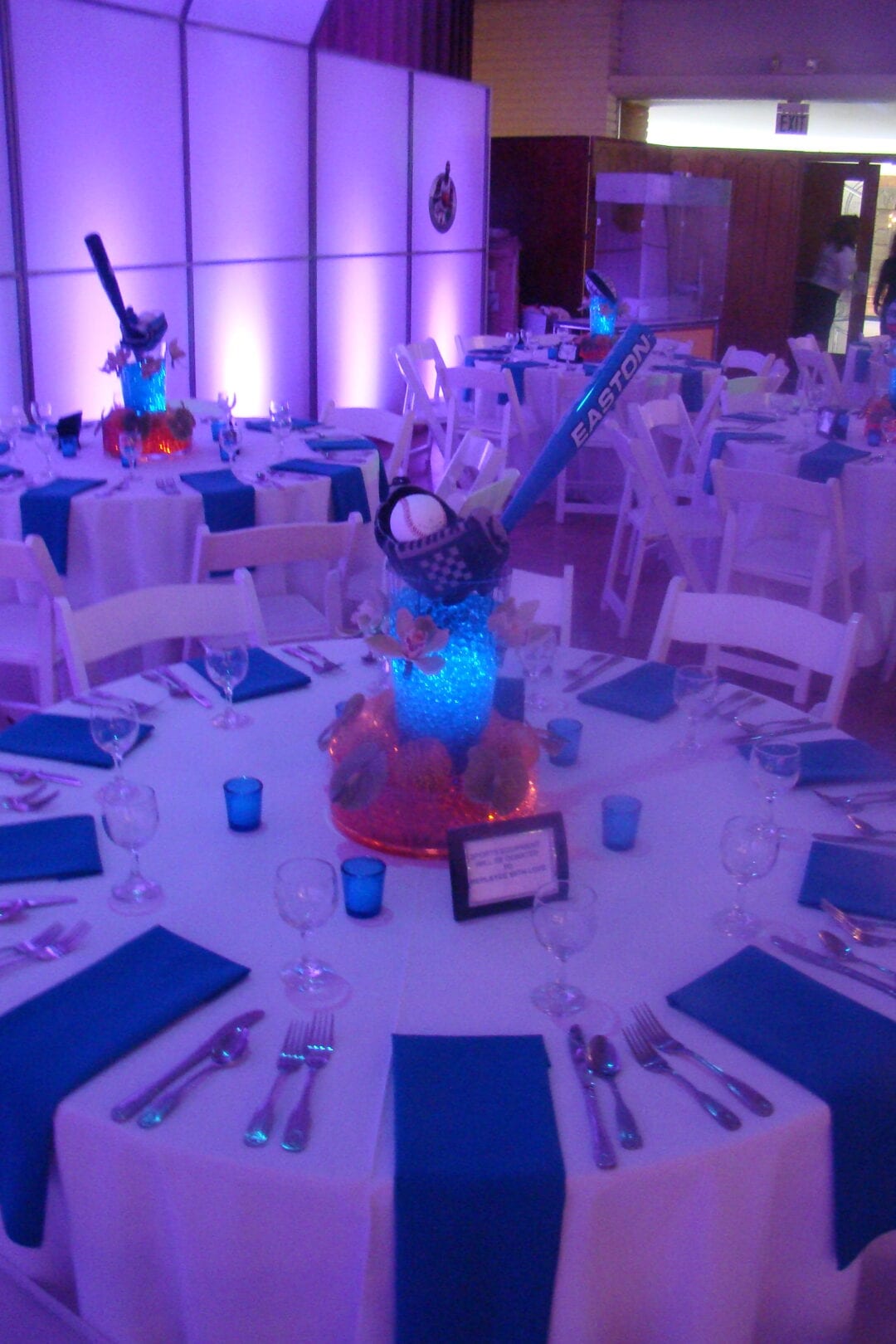 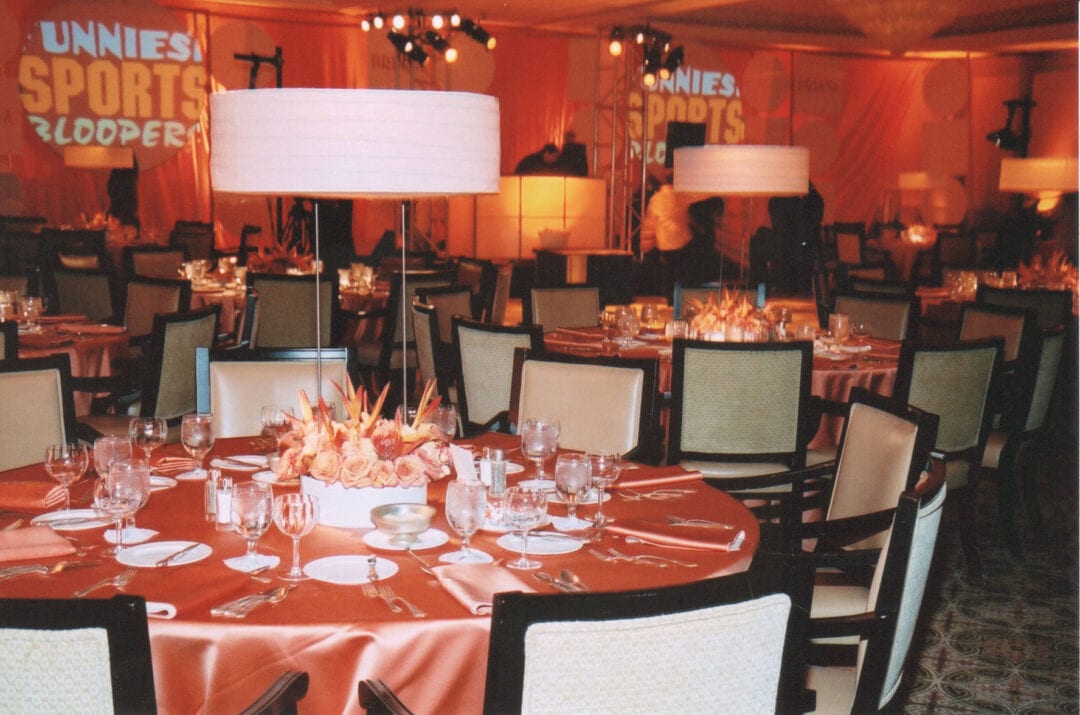 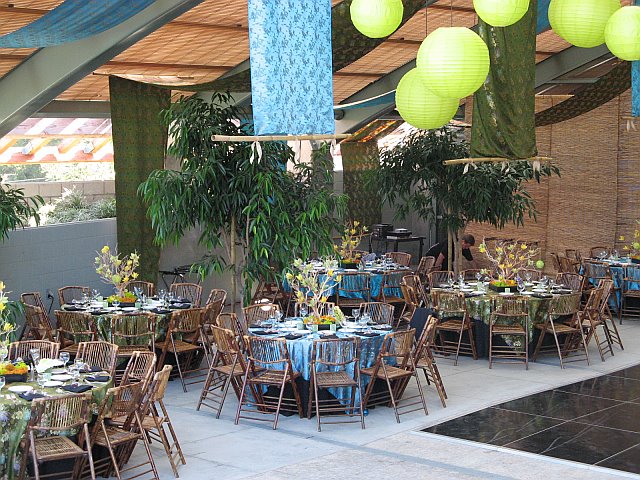